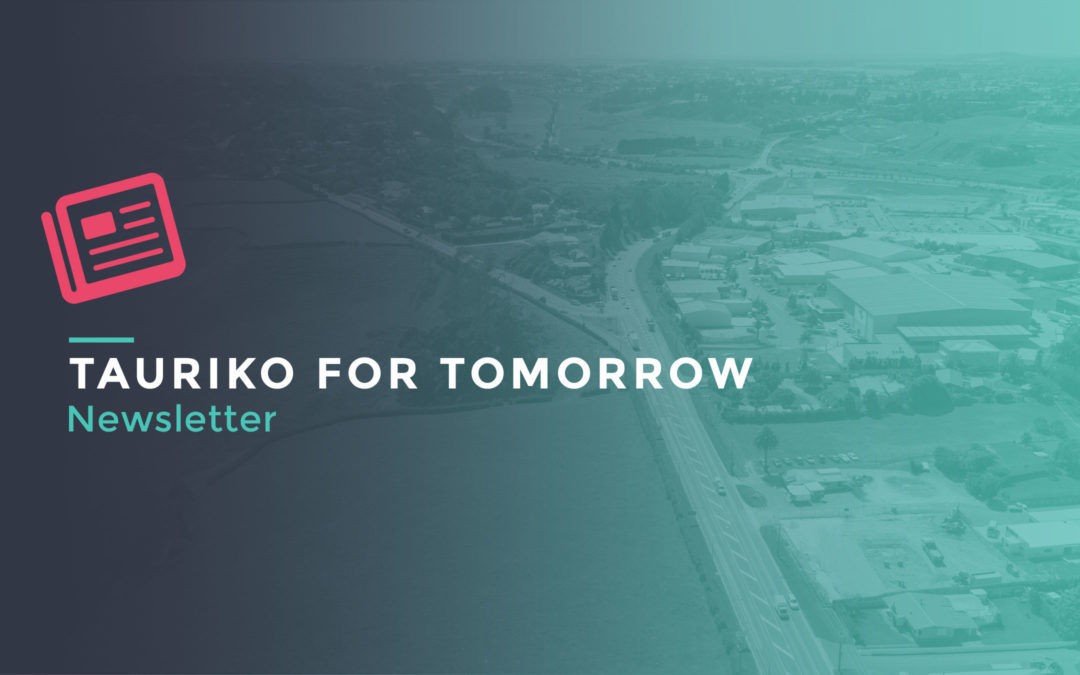 Kia ora to the latest Tauriko for Tomorrow update.

While much of the progress on the Tauriko for Tomorrow project has not been visible to the public over the past two years, work has continued in the background.

Engagement with partners, including tangata whenua, and landowners has been on-going through this time. Preliminary processes, such as the change to the urban limits line (Bay of Plenty Regional Council) and local government boundary alteration (Western Bay of Plenty District Council) have been completed, while investigations such as geotechnical, stormwater and environmental assessments for the new community at Tauriko West, continue.

When: Wednesday 12 May to Sunday 16 May, 11am to 4pm
Where: Tauranga Crossing, opposite the Garden Eateries, downstairs

To create a thriving, safe, resilient and connected community that is well-served by amenities, Tauranga City Council has developed some proposals and ideas for the new community – where houses, open spaces, schools and other facilities could be located, as well as ways to protect the natural and cultural environment.

In 2017–2018 Waka Kotahi re-evaluated plans for the transport network to ensure they aligned with the Government Policy Statement (GPS) on land transport.

Since then, a range of options have been developed and have landed at a short-list of three options for the long-term (ten plus years) improvements to SH29 and SH29A.

The proposed improvements are planned for construction in the next two to three years and include a new roundabout at SH29/Redwood Lane, a new intersection with traffic lights on SH29 at Tauriko village, four lanes between Tauriko village and Cambridge Road, and traffic lights at SH29/Cambridge Road intersection. A new shared path along the north side of SH29, a new connection to Tauranga Crossing via Whiore Avenue for buses, pedestrians, and cyclists, and a shared walking and cycling path along both sides of Whiore Avenue to Taurikura Drive is also planned.

We want to hear from you

We’re keen hear your views to help us understand if we have missed anything.

From Wednesday 12 May to Friday 11 June 2021 you can provide feedback online or at the Tauriko for Tomorrow pop-up.

WHAT TO EXPECT NEXT

Once this phase of consultation and engagement is complete, we will evaluate the landowner and public feedback and it will be included alongside input from partners and stakeholders, and considered together with the technical and funding recommendations.

Tauranga City Council will continue to progress the short-term transport improvements and prepare the plan change to the Tauranga City Plan during 2021. This includes the completion of the structure plan and development of a comprehensive stormwater consent. Council aims to notify the plan change to rezone Tauriko West from rural to urban as early as possible in 2022.

Waka Kotahi expect to be able to confirm the outcome of this phase, and the emerging favoured option for the long-term transport plan, later this year.